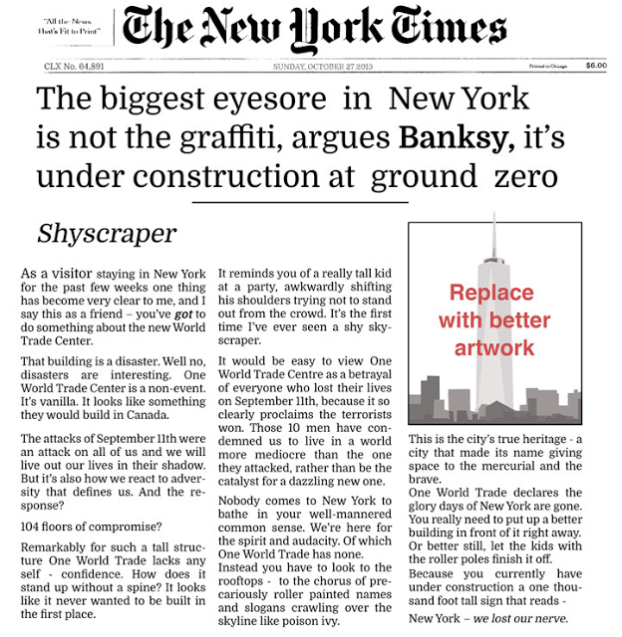 Authenticity is saying what one believes and then acting in a manner that is consistent and oriented to the stated belief.  Banksy’s residency in New York has taken on social and moral issues that are too sacred to discuss publicly.  His art will fade from the walls and temporary exhibition spaces, but the narrative he has encouraged will last far longer.
What is the narrative that takes place when the audience leaves the theater after viewing your masterpiece?