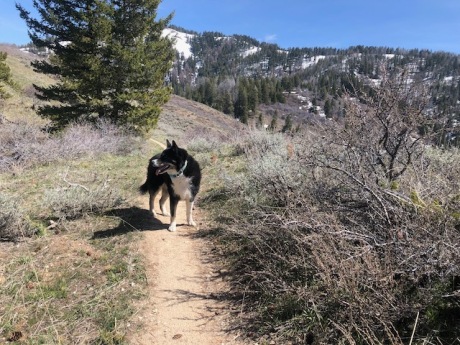 I was running a 25-kilometer loop through sagebrush lined single track, snow-covered forest service roads, and rolling descents, complete with numerous stream crossings. On the initial ascent, I stopped for a brief conversation with a hiker named Mike.  We had a short chat about the trail conditions, his hike, and my intended loop. He mentioned something about being a former runner, and I inquired about his adventures. Mike had run a couple Western States 100 Endurance Runs and the Leadville 100 in the late 1980s and early 90s. He was ‘just a hiker’ now but the most experienced ultra-athlete on the trail that I would encounter today.

It can be convenient to use current performance as a metric to judge an individual’s total talent and experience. Occasionally, we encounter scenarios where assumptions expose falsehoods. Riding my road bike on an alpine climb, I caught a cyclist who was too fit and in sync with his bike to be caught by an amateur. The rider was a Tour de France finisher out for a recovery ride and socializing with friends. His current performance did not indicate the world-class ability that existed within his performance capabilities.

Let us not be too quick to judge the information we might learn from the individual who is traveling a little bit slower and covering less distance than us. The most experienced person on the trail, volunteering, sitting on the sidelines might be the person who is comfortable with their pace. They have already been there and done that and have vast amounts of knowledge to share.  Let us be more curious about the stories that matter.