A transaction is not a philanthropic action.  Social sector causes mistake membership renewals, silent auction bids, purchasing tables at a gala, or sponsorships of programs as philanthropic.  If goods and services are exchanged in consideration for a ‘donation’ then define the interaction as transactional.  However, if somebody wants to support your vision by providing fuel (money, resources, talent, networks) for your journey in exchange for the stories you share and the dent you plan to make in the community, then that interaction is philanthropic.  Twisting arms, offering benefits, hyping features are transactions.  Nothing wrong with this tactic but defining them as acts of philanthropy is inconsistent.  Most corporations no longer practice philanthropy, their transactions with social sector enterprises are approved by the marketing department who is thinking of the corporation’s positioning as well as the the nonprofit’s success.   Transactions can be a powerful tool but the motivation of the contributors are different from the true philanthropist.  Consider the following question, who takes your calls when you offer only the stories that come from the pursuit of our organization’s vision?  Those are your philanthropist.

Addiction programs of note have 12 steps to recovery.   Individuals who complete 11 of 12 steps have a higher likelihood to lapse back into their addictive behavior than those who complete all the steps.  Said differently, individuals who make it 90% of the way stumble far more than those who go one level further.  What makes the 12th step so powerful?  The 12th step is a commitment to mentor another person who has suffered from the addiction.  The act of giving ourselves in the service of others has a profound and lasting impact.

If a friend tells you they donated $1,000 to a charity it may be impressive but it might not be a transformational act.  If your friend told you they gave their Saturday to refurbish a charity’s program center, we are inspired.  The commitment of our time and expertise has more of a far-reaching impact than the investment of capital.  The act of donating our time is valued more than our treasure.  If we offer our time in the service of others it inspires and builds a committed tribe.
* Another post from a day with Simon Sinek in New York City.
Step Image

This is the dream of philanthropy, are you prepared?

Does the future of philanthropic investments rest with the the one percent?

I have been following an online forum about maximizing philanthropic opportunities.  The majority of the chat participants were advocating for the squeeze approach when it came to securing a contribution with a potential donor.  The group-think was to get as much as possible from a single interaction.


On a parallel tract I witnessed a number of individual take action to support a cause because there was a sudden need.  No call to action was made, the organization just shared a current challenge they were facing as part of their pledge to be transparent.  The enterprise had not even developed a strategy to address the headwind that was now challenging their ability to stay at speed.  Fans of the cause saw an opportunity to offer assistance at a critical juncture.


Both of these approaches yield results.  The first requires more leverage and manipulation which leaves the donor feeling squeezed.  The second is inspired by a shared belief.  It is powerful and repeatable.


The question, what type of relationship are you cultivating with your tribe?

A day at South by Southwest can be overwhelming, exhilarating, and offer some paradigm shifts.  A quick recap of some of best ideas  from yesterday’s presenters (I have included the Twitter hashtag so you can read the tweets from attendees at each presentation).

As annual reports rolled across my desk the past month from causes I supported I was struck by one consistency.  Most social sector organizations’ board members come from the top donor levels.  To be a board member one needs have relative philanthropic capacity, at least that seems to be the theme.  It makes me wonder if the best decision makers are the individuals who have the deepest pockets?  Of course I expect ever board member to reach a little deeper when it comes to contributing to a cause they serve, but that does not mean a $100 donor is going to suddenly reach the $5,000 giving level.  Who on the enterprise’s board represents those who are passionate fans but purchase tickets to programs as their budget allows?  Who sits outside on the lawn with the majority of the attendees and not under the tent with a select few during a symphonic performance?  Who is in-touch with those that come into the gallery after open-night when the tour is free?  Who can advocate for the strategic implications of an initiative not just from the perspective of how it effects the major donors?


I would suggest that some of the best decision-makers and the most remarkable collaborations have come when the board’s background has been varied and its shared experience does not generate from the number of zeros to the left of a decimal point in a bank account.


What does your cause’s annual report say about the board? 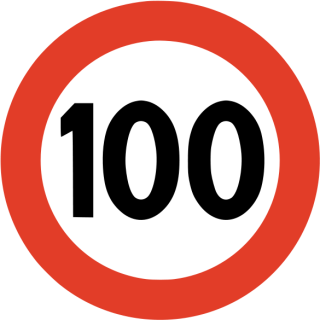 One-hundred percent giving by a nonprofit board is a metric which most causes are judged.  Forty-four percent of nonprofit boards do not reach this level of support (www.daringtolead.org).  Want a relatively easy competitive advantage.  Consider engaging the board so that 100% of the board willingly contribute.  What would that say about your cause?

You will receive 0% of the gifts you never ask for.  Hope is a poor philanthropic investment plan.  You may not receive 100% of the commitments you request but you will certainly spark a conversation in all of your asks.  Even if an individual chooses not to invest in your cause, if you listen well you will have received something immeasurably more valuable than the assumptions that kept another person from making the ask.  Go on the journey, even if it appears dark and uncertain.

Ski lifts, gondolas, and funiculars only work if they bring a skier or snowboarder far enough up the ski hill so they can ski down to the next lift which takes them higher.  Simple enough to design.  The same principle is relevant when trying to engage fans and donors.  These individuals who are test commitment need to travel far enough up the mountain that they can easily transfer to the next level.  If you unload them in the middle of nowhere after an initial inquiry or contribution most are not going to head any higher.  However, if you provide a map, offer assistance, and help them see the same view that inspires you, the chances of success are much higher.

Do your ski lifts connect?